No negotiation is required bar standard HTTP protocols. The most common use of RSS is in RSS readers, desktop and handheld applications that alert users when new content is detected on a site by means of changes to the XML document, although a growing number of server-side aggregators are also becoming very popular [ n4 ]. Broadly speaking there are two main branches: one RSS 1.

The difference between the two arises essentially from their intended purposes. The 'Really Simple Syndication' branch is concerned primarily with syndicating ephemeral content such as news headlines and users' blog entries, while the 'RDF Site Summary' branch although also actively used for news syndication is more focussed on a generic means of exchanging structured metadata and provides a simple modular extension mechanism [ 7 ] to accommodate new vocabularies [ 8 ].

See Fig. Lineage of RSS showing the two main branches of development. The fact, however, is that most RSS readers and other RSS applications support both branches, and as far as an end user is concerned, there is really little or no difference to choose between them. Even for a provider of RSS there are code libraries that manage the generation of the appropriate XML markup transparently [ n5 ]. Some supporters of the 'Really Simple Syndication' branch hold to the 'view source' argument [ n6 ], although as many who have looked at HTML pages from one of today's content-rich websites will know, these pages are generally produced programmatically and are not manufactured by hand.

There is anyway an underlying paradox at work: apparent simplicity leads to a downstream complexity, while seeming complexity finds for a future simplicity. As a science publisher we are used to handling citation metadata and are thus more inclined to use the extensible format, as this allows us to bundle rich descriptive metadata along with the staples of all RSS feeds, i.

We see RSS as providing an information backbone on which new application opportunities can be built. We note that other science publishers are now beginning to provide RSS and often are also choosing to adopt the RDF flavour. This in our opinion is fortunate, as the RDF data model readily allows for the merging of different descriptions. Thus, aggregates of multiple RSS feeds can be simply merged together as well as with descriptions coming from other sources, allowing rich information structures to be created.

The reason this is possible is that the RDF data model builds upon a set of triples subject, predicate, object , and merging of two arbitrary descriptions is as simple as concatenating the two sets of triples. The reasons for preferring RSS 1. At the time of writing, Atom appears to be leaning towards the 'Really Simple Syndication' branch and, as such, represents a cleaning-up and general overhaul of RSS 2. It should be pointed out that Atom is aiming to define both a syntax and a protocol for updating user blogs and thus goes beyond the simple remit of RSS.

There has been much talk about how much support if any Atom will provide for the RDF data model and what would be the tangible benefits to users for RSS producers to provide additional metadata.

As a science publisher, however, we are minded to continue to produce RSS 1. Our current view is that Atom does not provide the necessary level of metadata extensibility and interoperability that we are able to achieve with RSS 1. One of our main interests in RSS is the ability to include additional metadata.

RSS 1. An obvious candidate vocabulary for including metadata elements within an RSS feed is the ever-familiar Dublin Core vocabulary [ 14 ] that provides for a basic level of interoperability through its element generic term set. Companion guidelines for qualified Dublin Core metadata are also available [ 16 ]. Unfortunately the trade-off in using a high-level vocabulary to supply rich descriptive metadata is the lack of specificity, and the basic Dublin Core term set does not present the level of granularity required to codify discrete bibliographic elements.

We are especially interested in the basic PRISM vocabulary, which extends the utility of Dublin Core by catering for specific bibliographic metadata fields such as issn , volume , number , startingPage , etc. However, to assist RSS 1. Such modules [ n9 ] are really only devices, aide memoires , and exist purely to guide the producer. Below we introduce certain proposed RSS 1.

Last year we defined an RSS 1. This time we took extra steps to make the RSS 1. Differently from trade publications, scientific articles are generally printed contiguously and endingPage is a usual component of a bibliographic citation, while ISSNs are often required for different formats.


Figure 3 shows the descriptive metadata carried in a Nature RSS feed. Besides tables of content with associated bibliographic metadata, we also syndicate feeds of the current jobs advertisements that are held in our scientific jobs database. As no obvious vocabulary seemed to be available, we took the step of defining a small set of terms that could serve as the basis for further elaboration. This mini-vocabulary includes terms to describe simple job advertisement concepts like offeredBy , city , country , postedOn , expiresOn , etc.

We would like to develop this vocabulary further with industry partners.

We note in passing the ongoing work on the Advertising Markup Language AdsML by the AdsML Consortium [ 21 ] and have had some preliminary exchanges with them, although that initiative is of a significantly larger scope than our more limited application. An RSS 1. Though not as yet widely implemented, this is nevertheless illustrative of how the simple extensibility mechanism built in to RSS 1. It may also be of interest to mention yet another RSS 1. This enables contextual information to be passed along within the body of the RSS feed to a downstream application that could then provide the consumer of the feed with context-sensitive services.

Use cases presented in the module include simple preservation of state, walking a 'feed of feeds' hierarchy, and a request for contextual services. The FOAF vocabulary includes terms to describe people and their work, which seems to us like an interesting area to explore in connection with authors of our content. And these separate data structures, by following a common data model, can be embedded within a single RSS feed. So, what are publishers using RSS for?

One obvious application is as an alerting service for tables of content information, or as in the case of Ingenta to send out notifications of new issues without going down to the article level. Table 1 charts some known RSS offerings from science publishers that we are aware of with apologies for any errors or omissions. But it is not just news of the moment that RSS is suited for.

Another important use case is to build up and maintain an archive of RSS feeds [ n12 ] that constitute a repository of structured data. Why is this useful? Simply that RSS provides an open means of structuring or packaging metadata, and many code libraries are available to applications to parse this data transparently. But RSS is not just for syndicating textual information, it is also being used to transmit complete scientific data sets.

An even more recent trend in RSS is podcasting [ 30 ], whereby audio and image data can be downloaded to an iPod or similar handheld device. In this latter case, the RSS feed does not contain the content but rather references to that content that an application can use to load the actual data to an appropriate rendering device. Will librarians and other service providers want to, or even be able to, make use of additional metadata included within RSS feeds?

We do not know, but still we are optimistic that third-party services can be built on top of rich data payloads. This does beg the question of why NPG and other publishers should want to syndicate their metadata. In essence, RSS allows us to dramatically increase the surface area of our website and to project that presence across the Web. Moreover, by disseminating DOI identifiers [ n13 ] via RSS we have a much-expanded set of stable and persistent access points into our content. A second reason is the downstream potential for generating advertising revenue.

It is largely accepted, even generally expected, that RSS will be used to deliver advertising [ n14 ], the only real outstanding question is: 'How? And thirdly, by providing descriptive and rights metadata within RSS feeds we enable the development of a whole raft of new applications that can exploit this additional information to good effect: the more data about our content, the more routes into it. It is still unclear what the general takeup of RSS will be within science publishing at large, although we see evidence of a continued growth. Other publishers may choose to be more cautious in releasing their metadata.

ICE is a protocol developed by the IDEAlliance grouping of industry content providers and software vendors to automate the scheduled, reliable and secure redistribution of valued content for publishers and for non-commercial content providers. ICE 2.

Developing feeds with RSS and Atom

ICE manages the syndication relationship and business rules that have been pre-established between syndicator and subscriber. But while the primary focus of ICE is on facilitating reliable, business to business B2B transactions, RSS is better suited as a simple, easy-to-use consumer solution to syndication and is now very well established and has good tools support. Well, they both build on the same common technologies although their intents are rather different.

RSS is particularly suited to lightweight data transfers to the user desktop or handheld, while OAI-PMH was developed to manage system-to-system processes typically institutional repository-to-repository synchronizations. We should mention that small collections of metadata records though potentially much larger than typical RSS feeds can be exposed through an OAI static repository [ 33 ], not dissimilar from an RSS feed. This facilitates resource sharing and makes RDN subject gateway content accessible to a wider range of users and applications.

RSS is best considered as a truly web-centric technology in that it is inherently dumb and defers all the 'smarts' to peripheral processes.

The Role of RSS in Science Publishing

Rather than mandate compliance, RSS can be freely repurposed and reinvented. A key differentiator between RSS and other syndication protocols is that RSS is mainly cut out to be a business to consumer B2C solution: it is lightweight and generally does not ship any significant volume of data.

It is also a format for broadcast rather than narrowcast and is not supportive of point-to-point contracts. As free as cash, the RSS approach to metadata dissemination [ n15 ] is, like the Web itself, cheerfully promiscuous and allows for, even encourages, casual and anonymous encounters with a consequent propensity for good or for bad.

The basic design of Urchin was determined in-house while the bulk of the coding was contracted out to the independent software house NeoReality [ 38 ]. Urchin is an open-source application and is freely available from SourceForge [ 39 ]. There has been some consideration given to allowing for alternative database instances, e. The basic functionality of Urchin is to ingest information from a variety of data sources including all flavours of RSS and Atom as well as screen-scraped HTML pages and even databases , to store that information internally and to emit on request a filtered information set expressed in a selected presentation format. 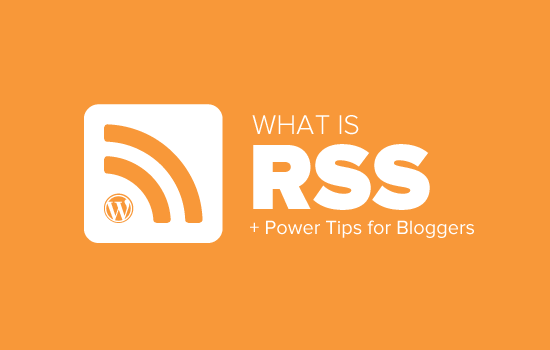 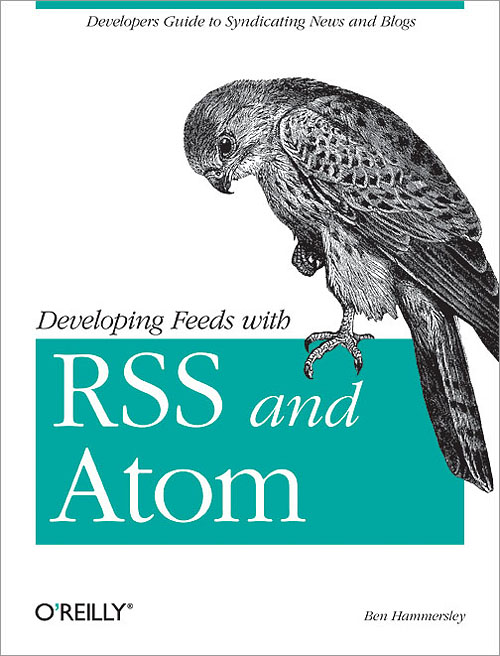 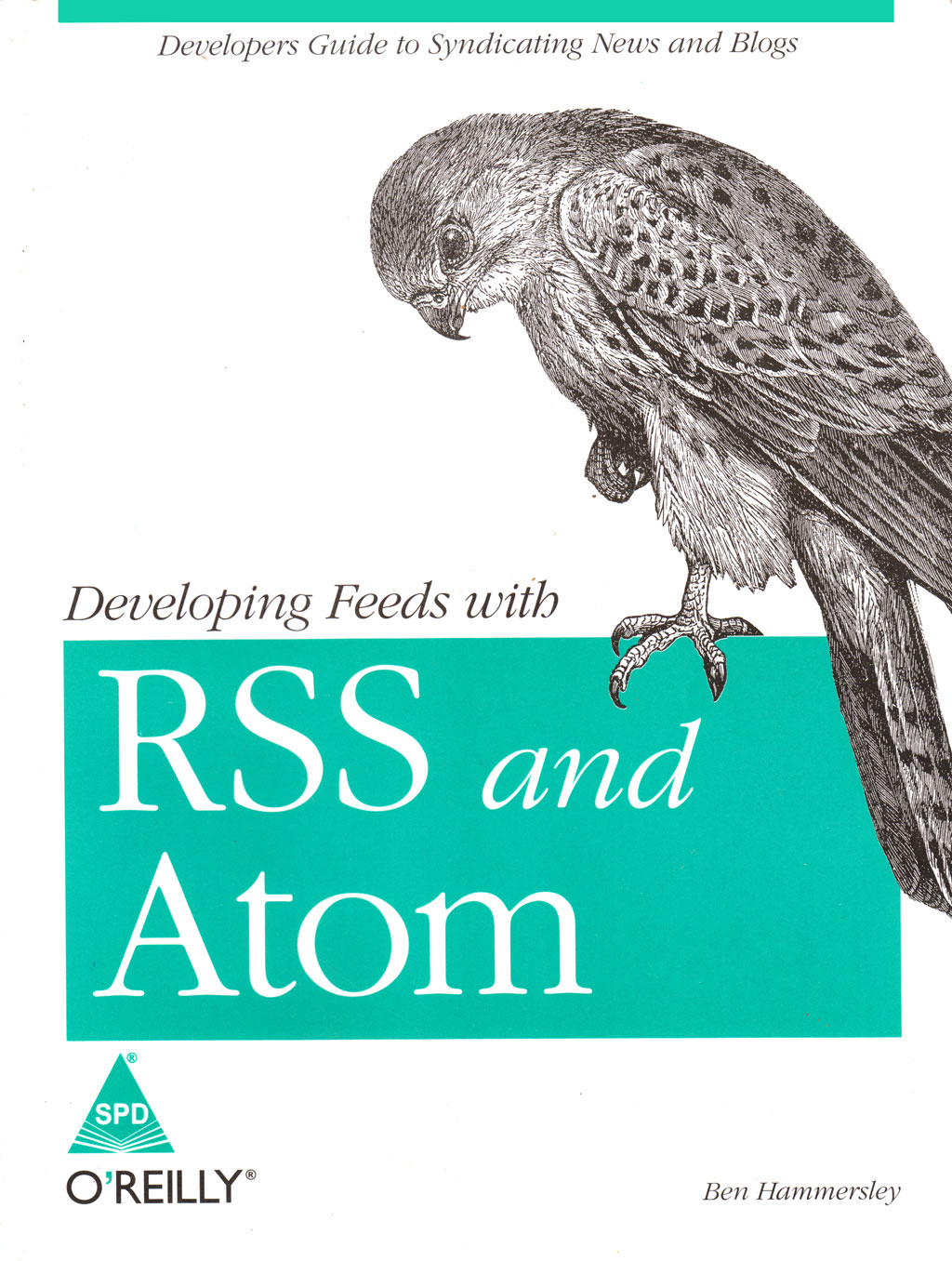 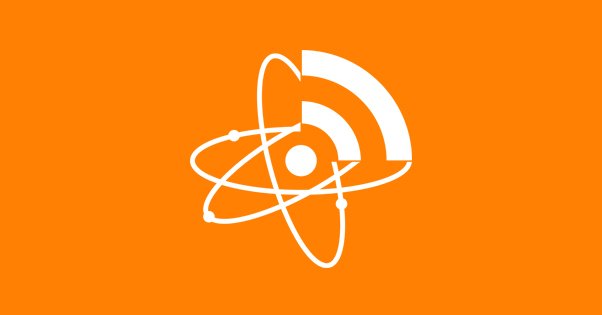