Winners of the BBC Folk Award for Best Duo, Phillip Henry and Hannah Martin combine hauntingly beautiful vocal harmonies, astonishing instrumental virtuosity, with genre-bending material telling tales of myth, history and legend. Empire Blues is an established, dynamic blues-power trio whose influences come from the British Blues invasion of the s. Father, singer, scientist, activist, social entrepreneur. Ewan is a melody-machine, singing the human experience with the welcoming warmth of a life-long performer. You might have caught him with band Public Son at the festival last year!

Traditional heart racing Irish tunes and songs, singer songwriter classics and originals performed by the incredible Val Cutler on fiddle, Jon Edwards on mandolin and bouzouki and Fiona Rea on vocals and guitar. Flats and Sharps are a high-energy bluegrass band from England, known for their own highly original songs, as well as their blistering renditions of bluegrass classics. Fairy Sandie and her beautiful night fairies and elves will touch your hearts with a night-time blessing. Look for a glimmer of magic as they light up at dusk.

Gina Williams and Guy Ghouse will capture your hearts through songs and storytelling in rare Noongar Aboriginal language. Glenn Swift is the storyteller and parade jester at Fairbridge Festival. Sheet music available or use your ear to join in. Award-winning Grace Barbe hails from the sunburnt Indian Ocean islands of the Seychelles, where a colourful history of slavery pirates coups d'etat and coconuts have produced a unique Kreol rhythm language and culture.

In this creative, hands on workshop, we'll walk through the folding and sewing techniques to make your own special handmade books. With Hot Potato Band, anything could happen! Known to cause a severe case of happy fever, this energetic piece brass band has been putting smiles on the faces of audiences since Be transported with I Viaggiatori to forgotten fishing villages, moonlit olive groves, and a hard life under a hot sun where peasants play music to celebrate life with a fierce sense of humour.

The voices of six women combine for heavenly harmonies traversing the worlds of folk, gospel and contemporary a'capella. Jack Davies is a songwriter based in Fremantle, who weaves suburban Australiana and intimate poetry into thundering folk-rock ballads. Debut EP out May. Dry full bodied sound, medium folk aromas, sad flavours with hopeful undertones.

With a collective age exceeding that of the whole of the Melbourne Youth Chorale, Jane and The Rain deliver what only age can guarantee: wit, self deprecating humour and sore knees. JigJam is a multi-award-winning quartet from the heart of the midlands in Ireland. Blending the best of traditional Irish music with bluegrass and Americana, in a new genre which has been branded as 'CeltGrass'. Their onstage energy, along with their virtuosic musical ability, has captivated audiences throughout the world.

Combine that with songs that fuse pop, coastal blues and a dash of folk, and the ability to shred on her guitar with the best, and you may just understand what Wilson was put on Earth to do. Healthy, hands-on cooking workshops for young foodies! Kids in the Kitchen is the perfect way to fuel your next festival adventure. Come and join the fun, learn a new recipe or two, and gobble it up at the end, in a nurturing atmosphere.

Book early to secure your place. The line-up has changed over the years but the dynamism, power, harmonies and humour abound.

They have performed to great acclaim in Europe and throughout the UK. Walking the line between Americana and British folk music, Fremantle folksters Kings and Queens are quickly becoming one of Western Australia's most beloved duos. Spreading an idea of inclusiveness, respect and acknowledgement of our history, the group of young musicians performs and learns songs in Nyoongar as well as music written or performed by Aboriginal artists. Jane Cornes presents a curated one-hour performance of original music and spoken word that looks at what it means to be human.

With a combination of lyrical honesty and charming melodies, Lizzie Flynn writes songs that blend a little satirical storytelling, with a lot of joyful emotion. In a voice rich with humanity, Lois Olney sings of joy, pain, love and longing. With her remarkable but gentle voice, she distils these emotions and gets to the very heart of what it means to be human.

Come along and create your own unique flag to mark out your campsite! Using second hand fabrics, we'll assist participants to design and then sew a camp flag. Man Sandal is a five-piece band from Perth. You may remember them from a couple of years ago when they won the Act-Belong Commit Fairbridge Festival Quest competition, under the name Belgrade. Tinikling Bamboo Dance will teach Fairbridge Festival audiences how to dance in between two poles, with grace and speed. Displays of scintillating virtuosity, fearless interpretation but making simplicity the ultimate goal, Joe and Mardae create a potent mixture of serenity and excitement.

For over two decades he has toured with Musica Viva and Nexus Arts, and has a wealth of experience performing in Australia and overseas.

Sete and Marcio invite all kids, of all ages, including adult kids, to come along to dance to Funky music by Marcio. All families are encouraged to join in help each to groove through some dance challenges!

Fremantle Arts Centre's Renae Martin facilitates the creation of unique and mystical mosaic mirrors or ornaments from recycled broken crockery, costume jewellery, stained glass, buttons, shells and other objects. The Kooks meet the Chilli Peppers. After Mt. Cleverest is a five-piece indie rock band from Perth. New Nausea's sound alternates between subdued and ornate, and discordant and chaotic. A joyful and uplifting repertoire of vintage swing, hard-bitten blues, rollicking rags and gypsy-infused jazz tunes, they'll leave you wanting more. A relatively new gospel choir that has taken Fringe World by storm for the last three years with their shows 'Gospel at the Movies', 'Oh Freedom' gospel in the civil rights movement , and this year's blessed, gospel music for the tough times.

Stripped back, emotionally charged song-writing that will either hug you tightly or accidentally break your heart.

Beautiful songs, stories and voices from the National Library of Australia's collections. Sambanistas have been around including a number of years at Fairbridge Festival since They've been energising festivals, parades and events with their Brazilian-style percussion and dance. Dance artist, Sete Tele will share basic elements of the dance, inviting participants to then develop their own 'Sasa'.

Art workshops focussing on the Japanese embroidery tradition known as Sashiko, running stitches are sewn into repeating geometric shapes and fluid patterns. Want to keep dancing but need to sit down after a big weekend? Camille Spencer will guide you through easy phrases and improvisational exercises that stimulate creativity and the imagination.

A flash of creative rollerskating entertainment whilst cleaning the dancefloor between other acts. Once you bust some moves, we'll provide a creative edit of all the best moments to be projected on the night. String: the foundation of so many craft projects.

Participants will learn how to make string from scrap fabrics, a highly meditative pastime. Explore the possibilities that string making opens up. On stage, her unassuming warmth and personality holds audiences attentive with stories of love, loss and life under the open Kimberley skies. The Little Stevies have an uncanny knack of captivating an audience by being delightfully and unapologetically themselves.

The Lost Quays are an eleven voice vocal and instrumental group, based in the port of Fremantle. They perform sea shanties and songs of the sea. The Mejadra Project is the result of a year-long collaboration between percussionist Imogen Thomson and pianist Austin Salisbury. Their original compositions bring together their unique musical backgrounds in a melting pot of modern Jazz and Afro-Cuban inspired grooves. To record the music, they enlisted the help of local legends Alex Reid on drums, Jeremy Thomson on guitar and Alistair Peel on acoustic bass.

The Struggling Kings are a Perth-based alternative Indigenous rock band, hailing from One Arm Point community in remote WA, they share their Kimberley heritage on stage with Bardi language and a laid back authentic stage presence that will entertain all ages. What's a Weird Ticket? 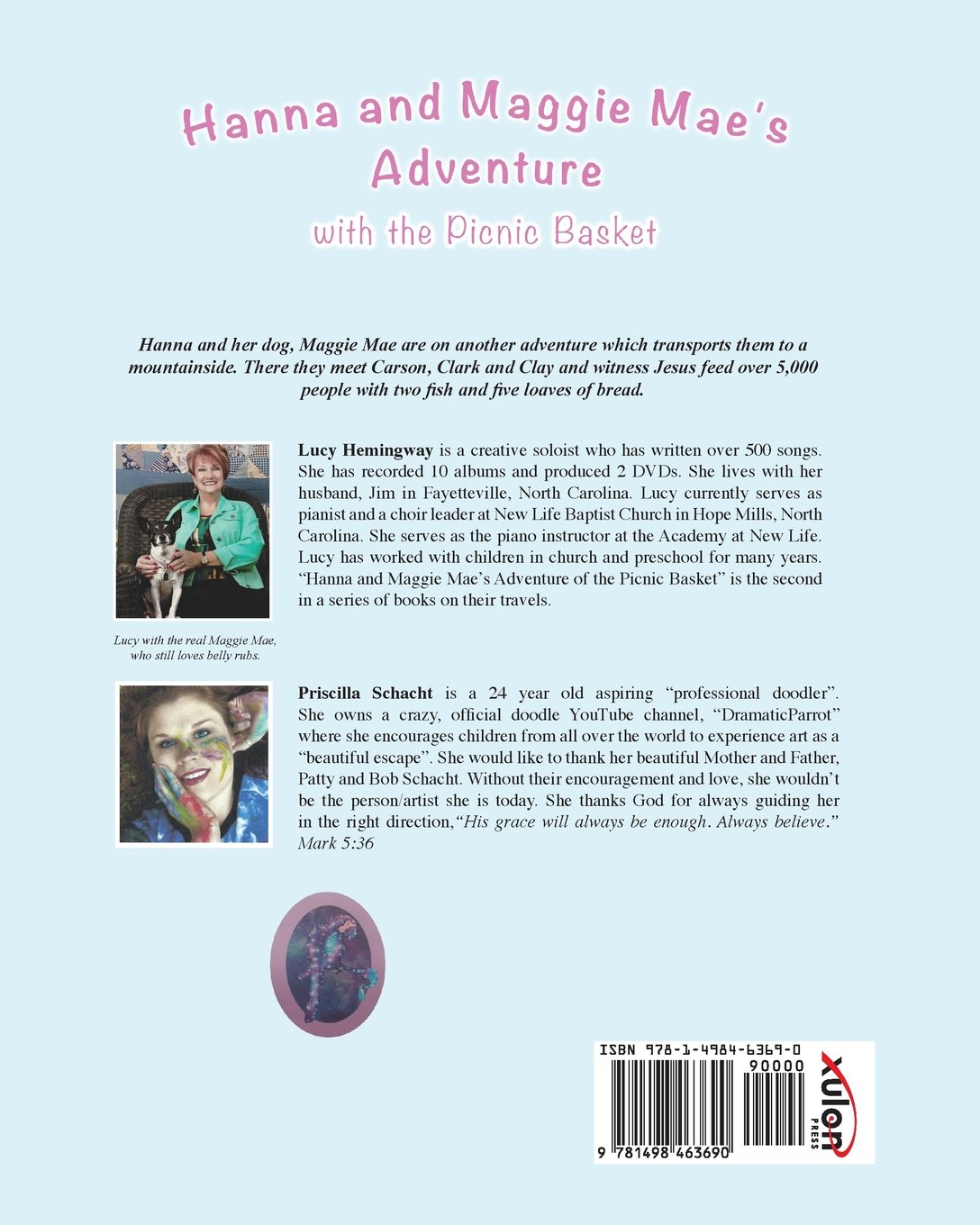 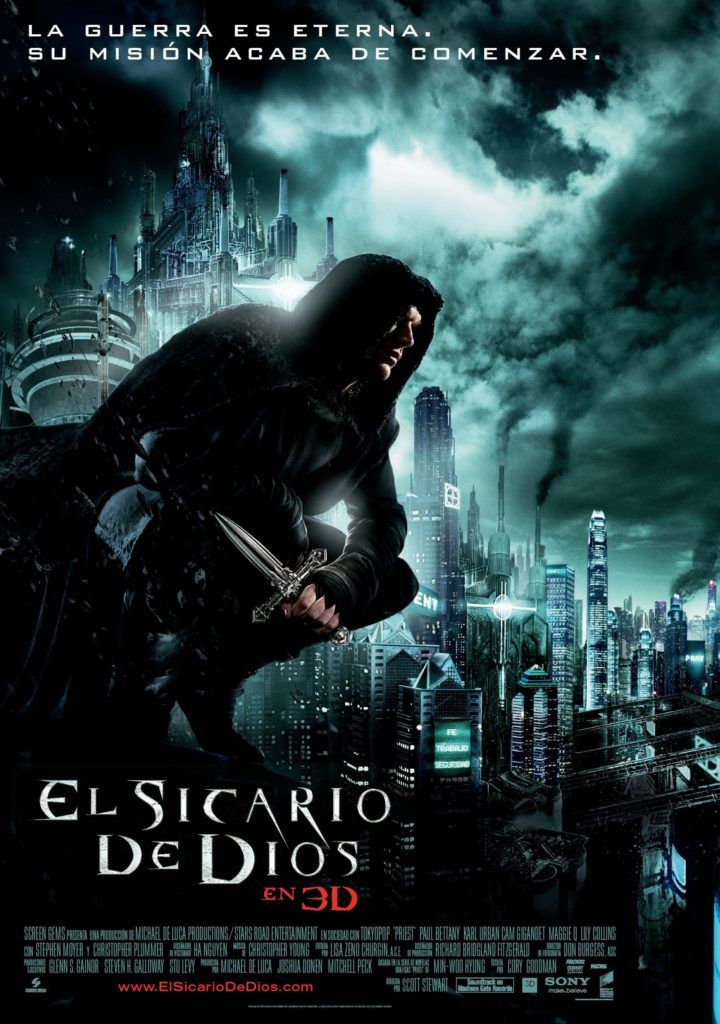 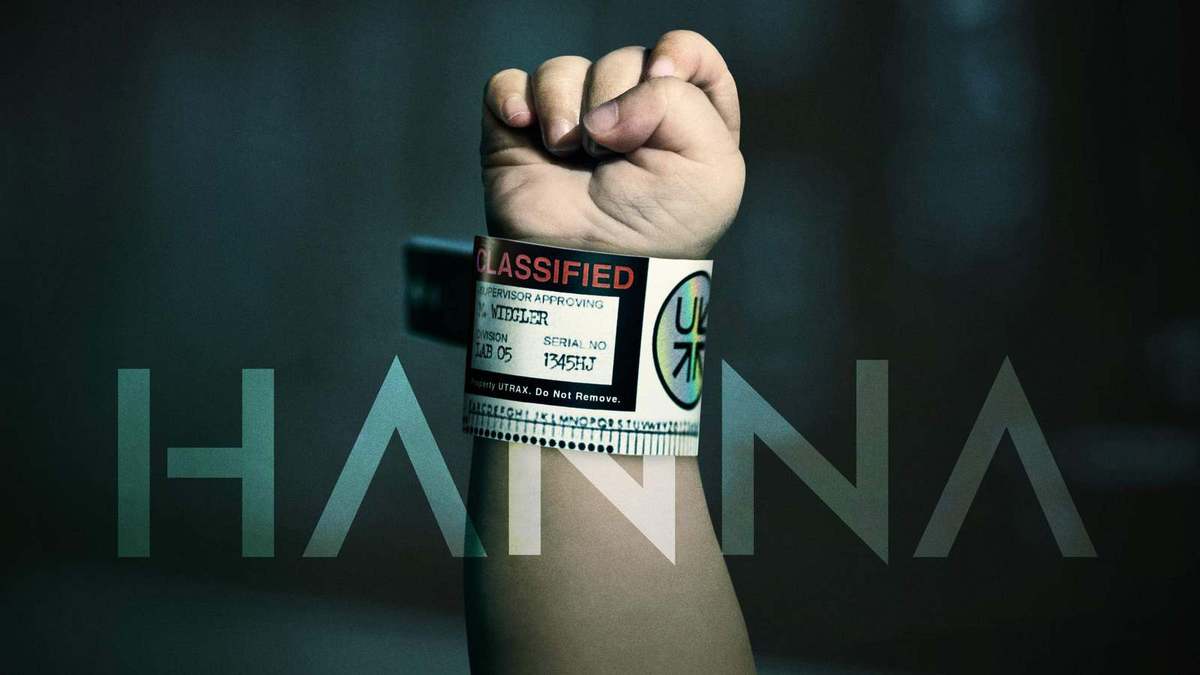 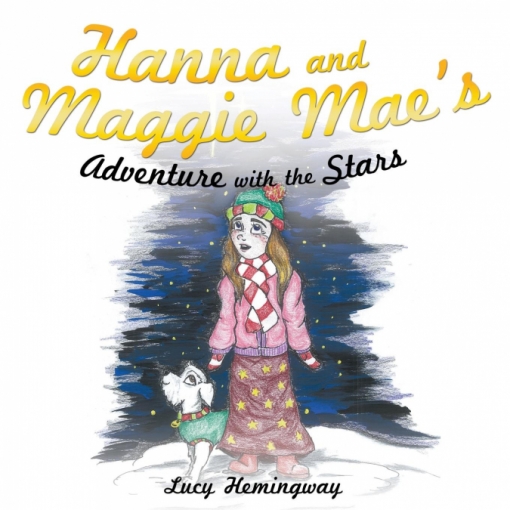 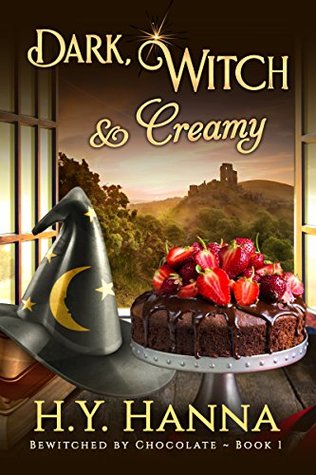 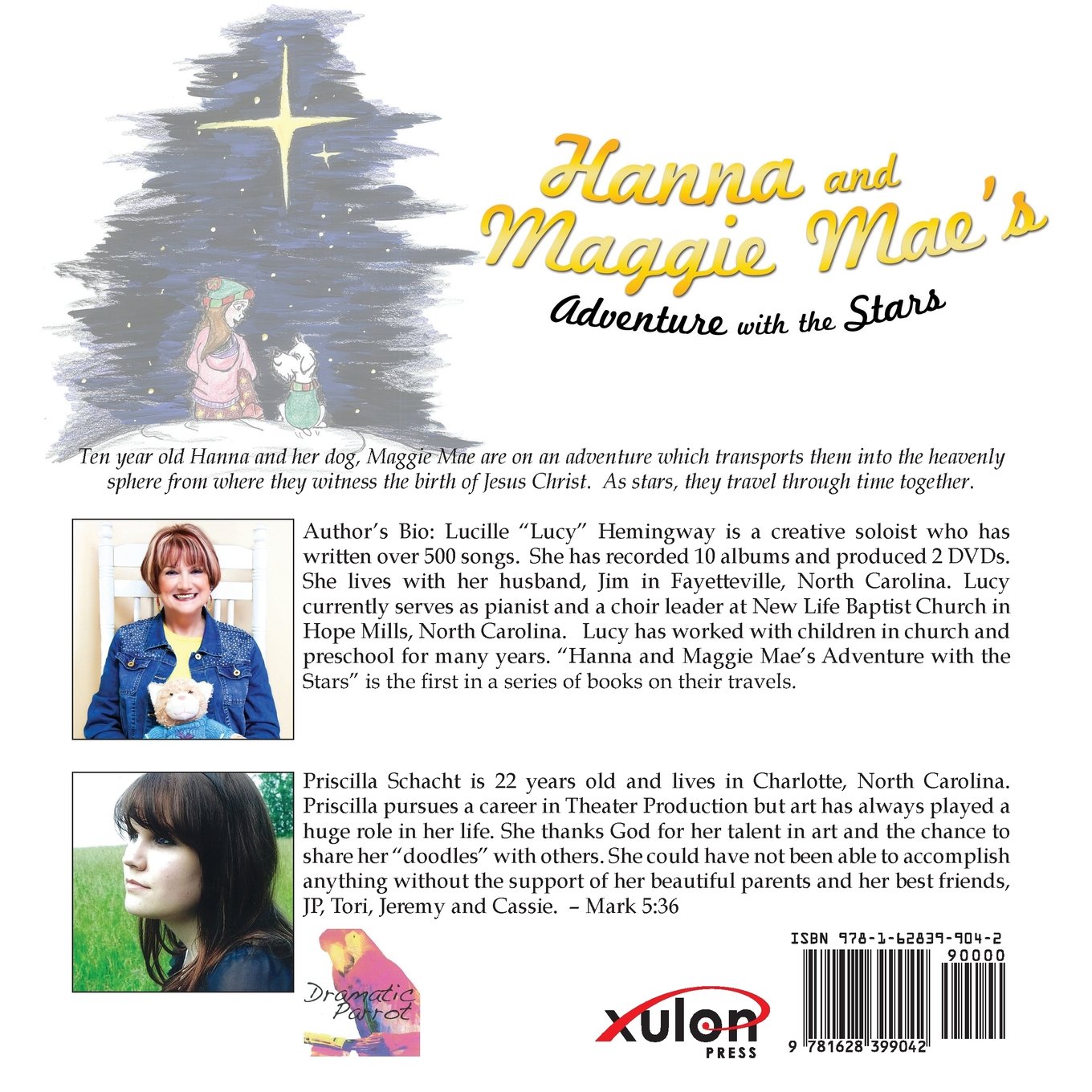 Related Hanna and Maggie Maes Adventure with the Stars